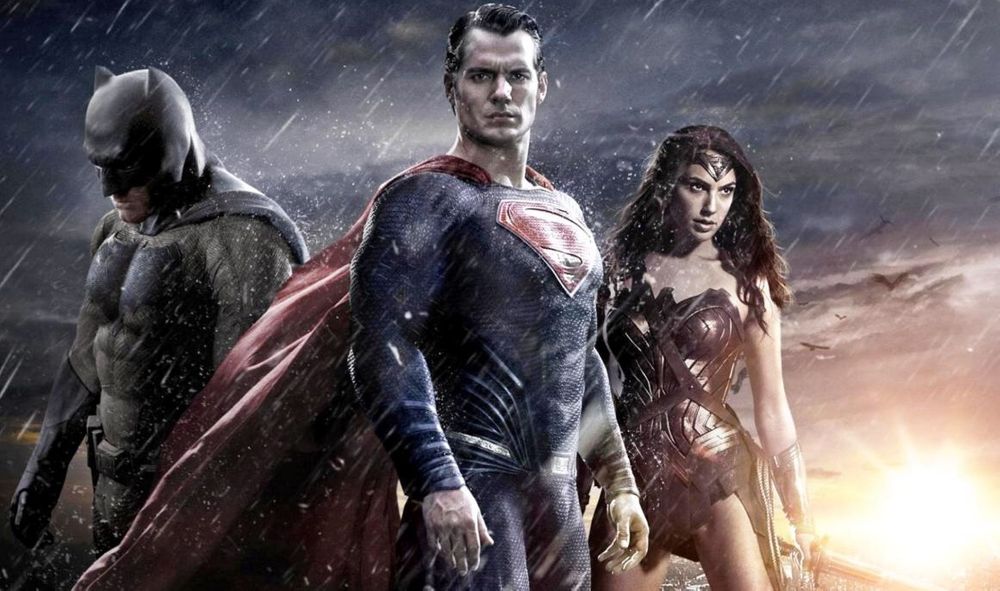 I was pretty ambivalent about Man of Steel. The thing that bugged me at the time (and a lot of other people, as it turned out), was the wanton destruction and general boringness of the last act.

It turns out that Batman v Superman does not ignore that craziness—in fact, it’s pretty much a plot point. So that’s nice. While you never really get the impression Clark is suitably apologetic for not trying to get Zod the hell out of there, this movie goes over the top in some instances to make sure you know that they’ve lured the monster to an abandoned area.

My main beef with this instalment is how freaking long it is. It’s annoying in general, but especially when you feel like they’ve gone overboard on patronisingly over-explained character moments.

It’s also tremendously po-faced about almost everything. When it occasionally tries to make a joke, they rarely landed (with the exception of some phyisical humour between Superman and Batman). Jesse Eisenberg is acting like he’s in a completely different movie, which a much lighter and stranger tone. Which is unfortunate, coz in the movie he’s actually in, he just ends up looking rather awkward and over-the-top.

The movie’s still entertaining though… mostly because of Affleck, Adams and Gadot.[1] While the internet raged at the casting of Ben Affleck, I was pretty optimistic. He’s definitely got the skill to do a good Bruce Wayne, a solid glower for Batman, and one of the better chins sported by any Batman actor. And he doesn’t talk in a ridiculous over-breathing growl, so that’s a plus. Adams is relatively sidelined, and can’t even pick a stick out of the water without help,[2] but she still makes Lois seem like an actual person, which really helps the movie.

Gal Gadot gets only a few scenes as Wonder Woman, but she’s genuinely cool. Her fighting is far more interesting than the standard, rather disappointing biffo on display from the titular beefcakes. I think I may go and see Wonder Woman on the strength of this, something I didn’t necessarily think I’d be doing.

I’m not someone who came for the fighting: I don’t really expect good things from superhero movies in the action department, frankly. It has been truly said that with great power comes greatly over-the-top, CGI action that is oddly uninvolving. What frustrated me about the inevitable match-up was that Superman seemed to be going there with the intention of trying to talk to Batman and save his mother as quickly as possible… and then completely forgot about that, and started punching a lot instead. I like a fight scene where the characters are trying to communicate, but I suspect the reasons for the fight were so spurious that allowing them to talk at all would have lampshaded their stupidity just a little too much.

This is a strange movie. Motivations are weak, secret identities seem to randomly be revealed to people off-screen, and it spends a lot of time doing very peculiar things… like the thrilling moment when we watch a character sit down at a computer to watch a series of unrelated movie teasers.[3] I didn’t hate it. It had good bits. It’s just… a bit shoddy.