In a twist that’s only exciting if you’re me, our tour through Croatia allowed me to finally get to visit a Doctor Who location. In 2009, they filmed ‘The Vampires of Venice’ in Trogir, another Venetian-influenced, coastal Croatian town, and one that’s a lot cheaper to film in than Venice itself. There was a lot of digital trickery added to make the whole place seem more Venetian, but they did prominently feature the church of St Lawrence, which I totally climbed just like the Doctor did. Well, alright, I just walked up the stairs in the tower. But still.

It is a beautiful place, even when you don’t include this debatable thrill. It has thin streets like Dubrovnik, and the whole old part is enclosed on a tiny island.

We didn’t really have a proper tour guide for Trogir (well, not a memorable one anyway), so I’m a bit short on trivia this time… well, short on trivia about things that happened in the real world, at any rate. From what I can tell, it’s been invaded an awful lot: Saracens, Venetians, Austrians, Italians again. Much like most of Croatia then. Beautiful coastlines are dangerous things.

Our tour group had one of their few truly annoying moments in Trogir, as they complained that it was unfortunate that the people who actually lived in the historic old town would hang their washing outside. I strongly disagreed: seeing signs of modern life hanging off ancient balconies was one of the most amusing sights I saw. As ever, this is probably heightened for someone who comes from a city where a Gaol that was closed less than a hundred years ago is considered ‘old’.

The laundry in question. 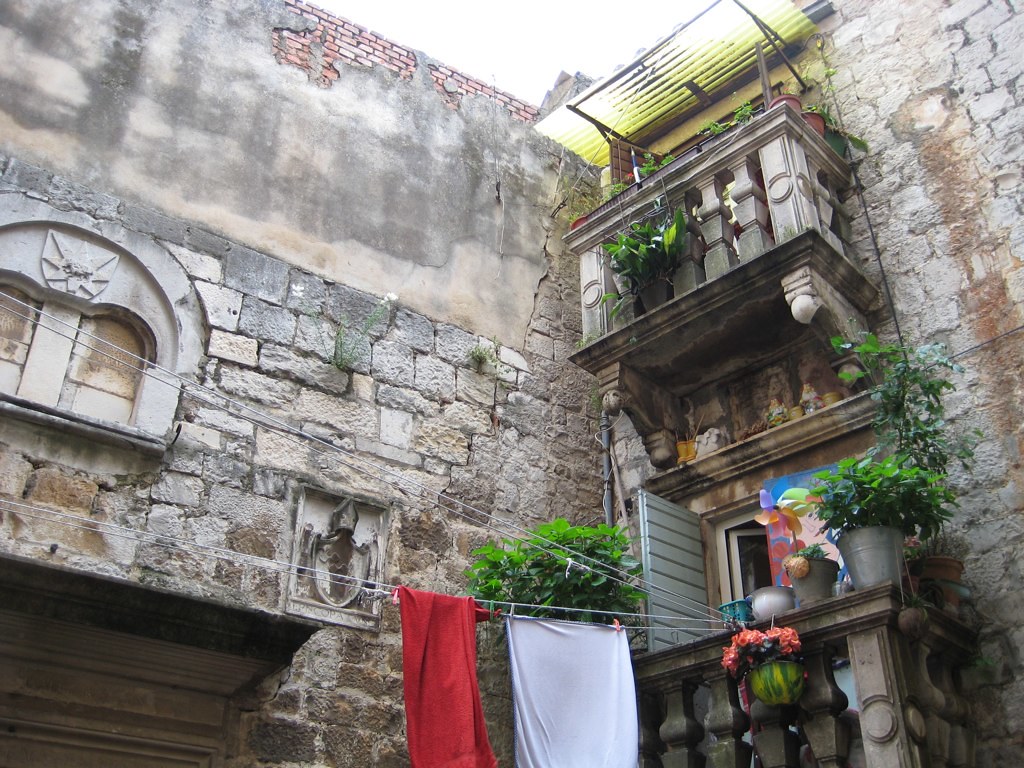 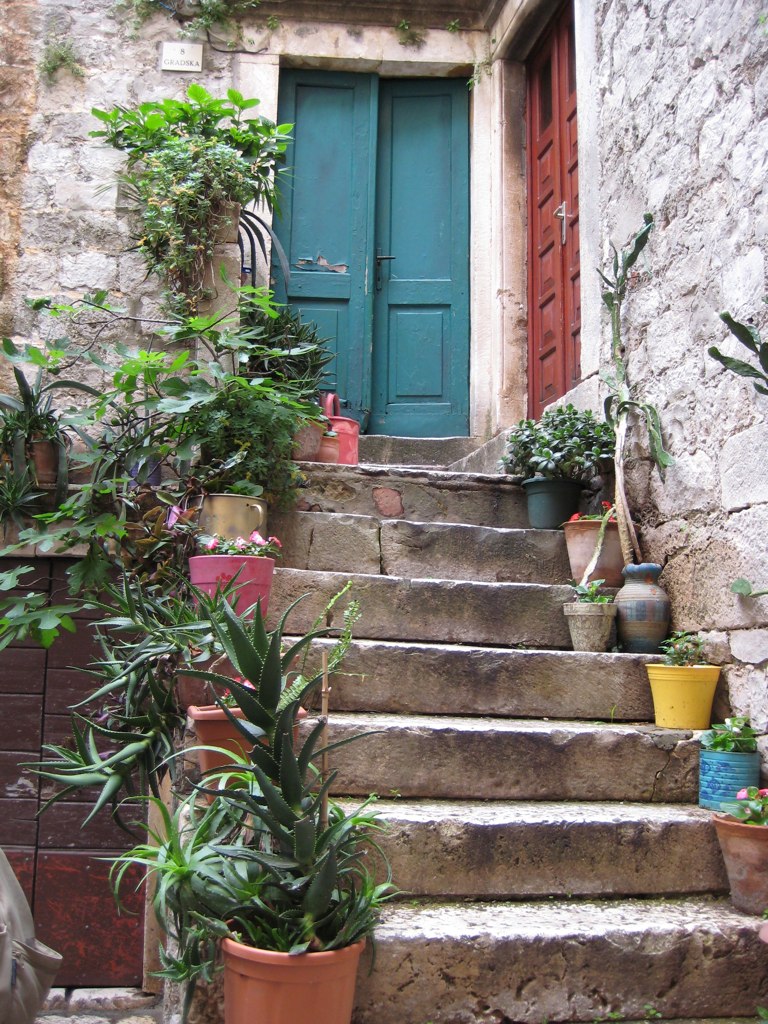 Another castle. Starting to get blasé. 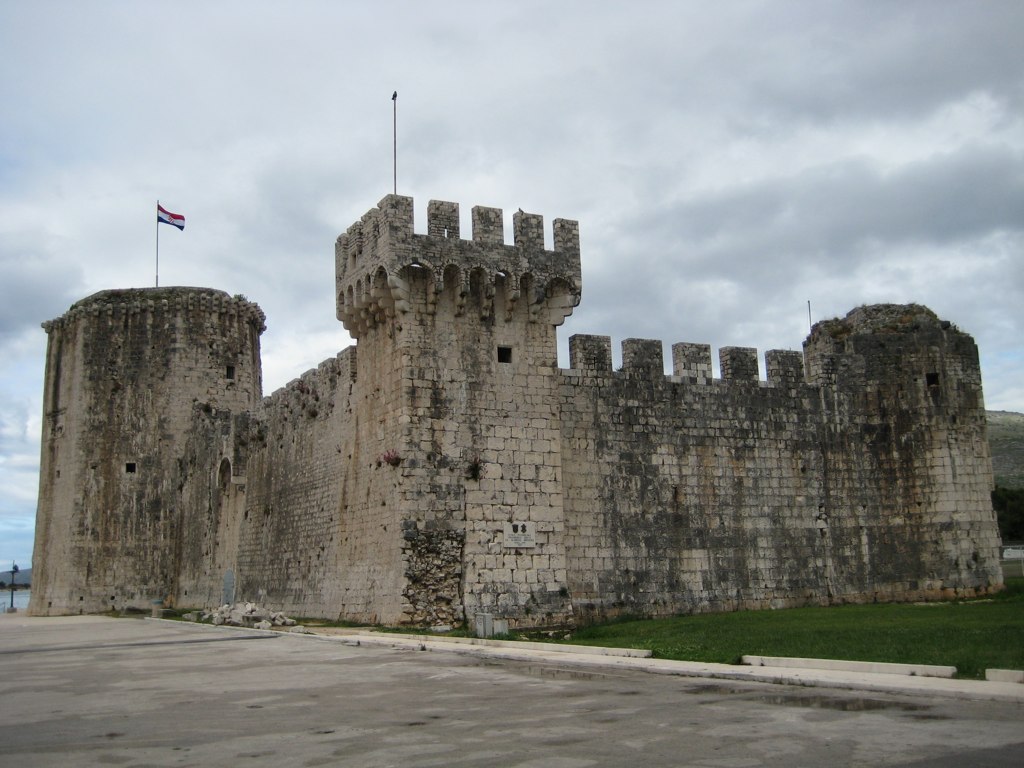 The view from the tower. 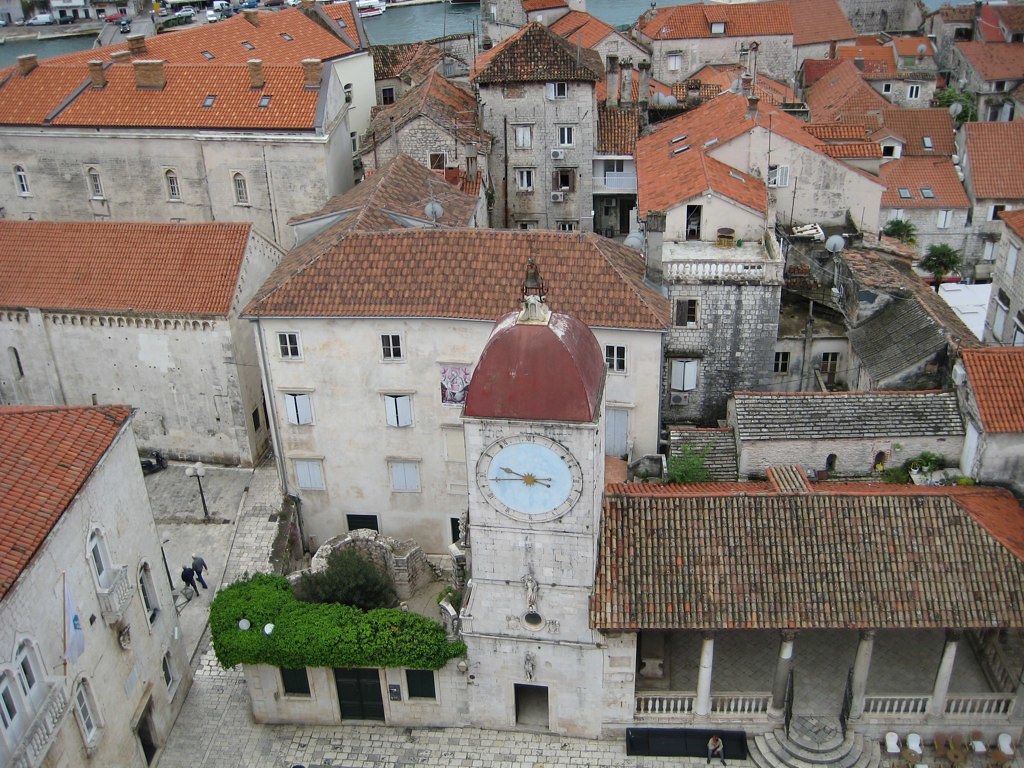 As climbed by TV’s Doctor Who. 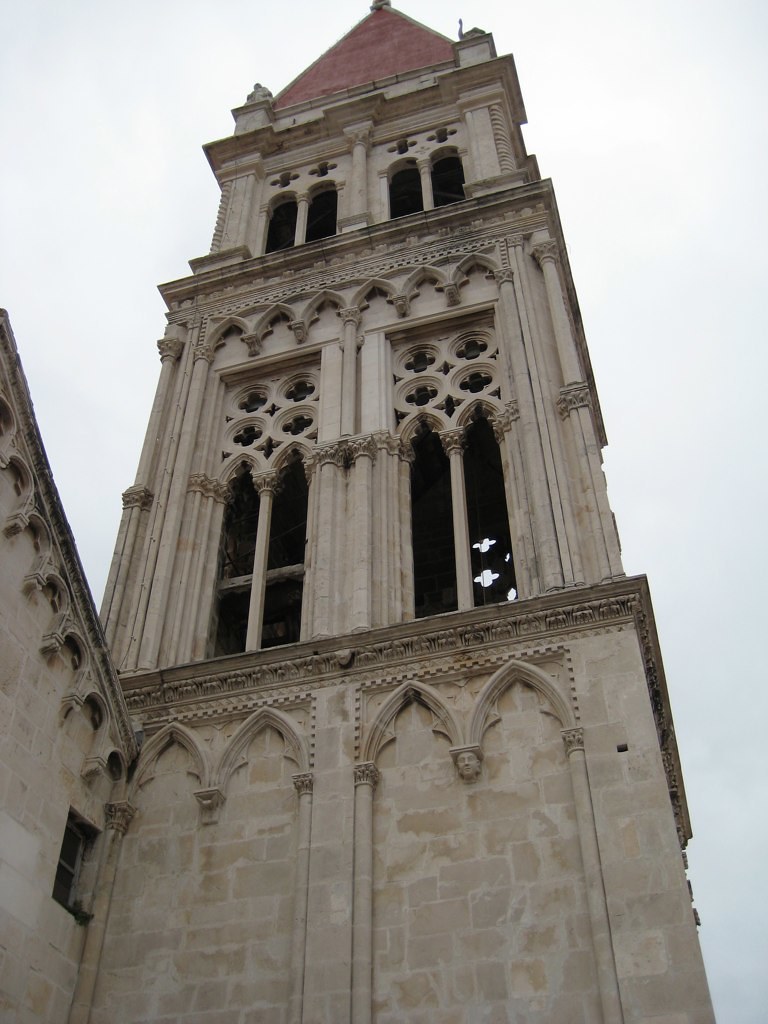 These gates looked bigger on TV. 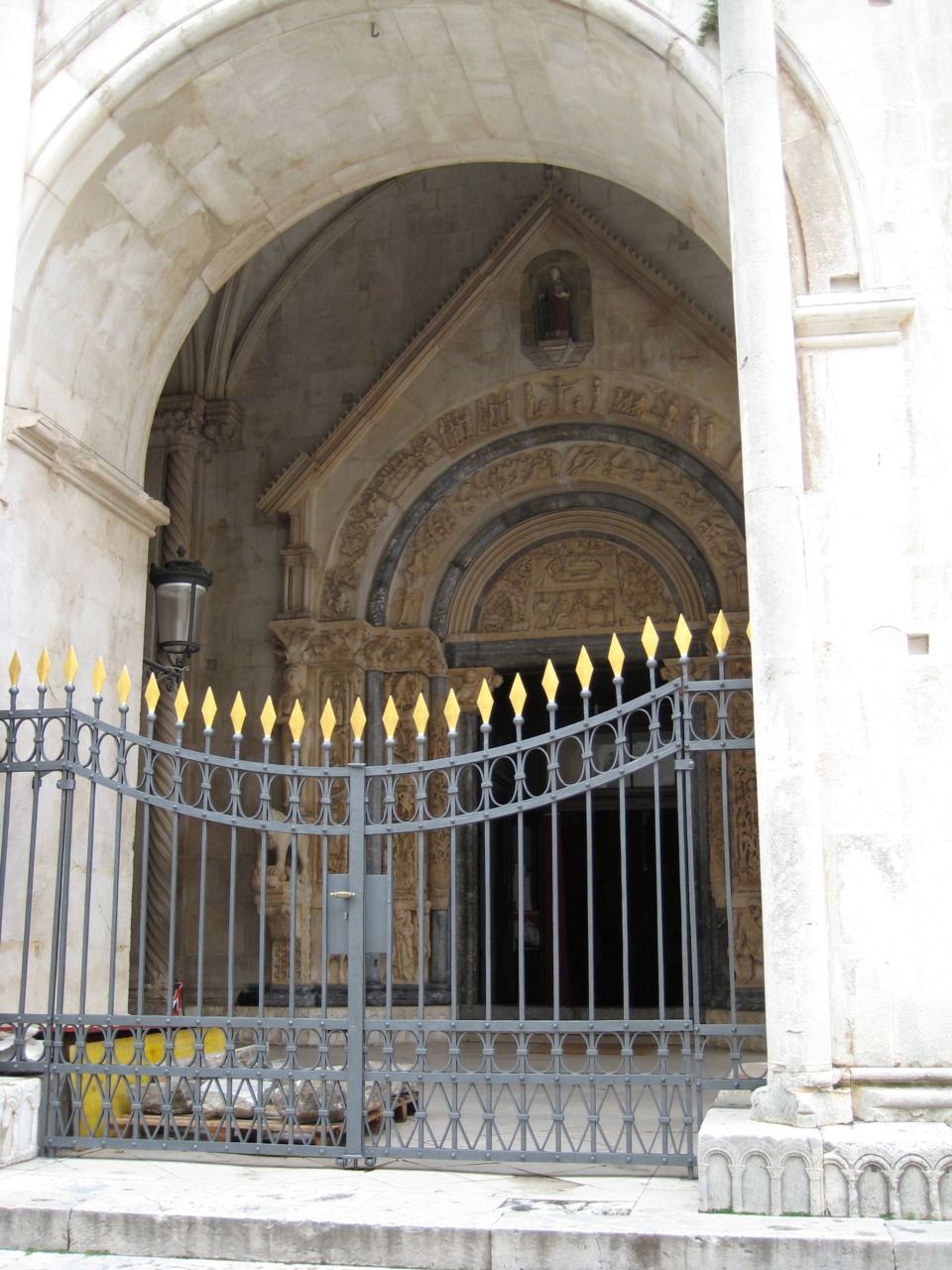