There’s nothing more depressing than the moment you realise an already boring Doctor Who story is going to be a ‘base under siege’ story. Or in other words, not only is it really dull, but nothing can come to make it better. Here we see a massive forcefield stopping anything interesting from joining our boring humans and the Doctor and the not-hot one.

For the benefit of the doubt, and not because I’m lazy, I’m going to hold off talking about it until I see next week’s story. Which I’ve heard is way better. I’m not telling you where though, lest I spoil you. If you want to read something that kind of summarises how I felt, check out Jon Blum’s post. He’s been writing pretty excellent essays on each story this year, so it’s probably worth keeping track of him if such things interest you. 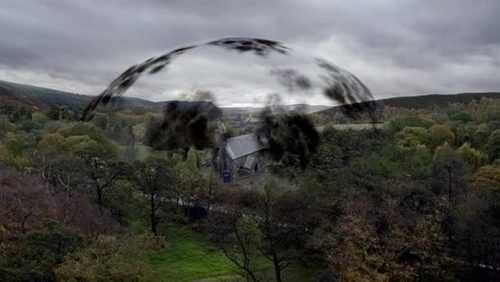