Only one Roman Emperor retired rather than sticking around until a more… terminal severance package was forced upon him. That emperor was Diocletian, a native of these parts, and his retirement home still remains in the middle of Split. A big square construction on the edge of the sea, Diocletian lived there for six years before he finally passed away peacefully in the knowledge that he’d had his family murdered for practicing Christianity. Diocletian was the last pagan emperor, so it didn’t take long for fate to spit in his face; his tomb is now the Cathedral of St Domnius, and his remains are long gone.

It felt like a bit of a prologue to our visit to Rome to see the ruins of Split: our first taste of fine Roman workmanship. An impressive amount of the palace still stands. There’s an awesome statue of Grgur Ninski out the back; a bishop who had the Bible translated from into the Croatian language. What follows is and got murdered for his trouble. Apparently he used to stand outside the church, pointing accusingly at it, but when the Italians came to Split during the second World War, they removed him. I don’t know how people manage to be organised enough to remember to be irritated with centuries-old grudges. Having been rediscovered, he now inoffensively points at nothing much, from outside the old part.

That may not all be true; I’m in part working from what our tour guide told us, and there’s not much to corroborate it on the inter webs. I can confirm that rubbing his toe is supposed to be good luck. This is because history has it that Grgur was deeply aroused by toe-rubbing.[1]

The statue was made by Ivan Meštrović. If you see a statue in Croatia, it’s probably by him.

There was a nice big market in Split, too. Travelling can teach you something about yourself; this market convinced me of what Singapore had already hinted at. Yes, I hate shopping, no matter how attractive the locale. 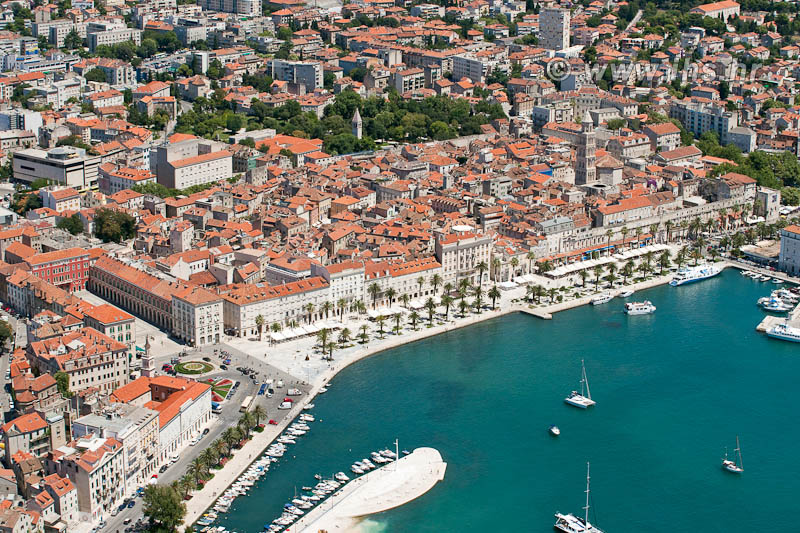 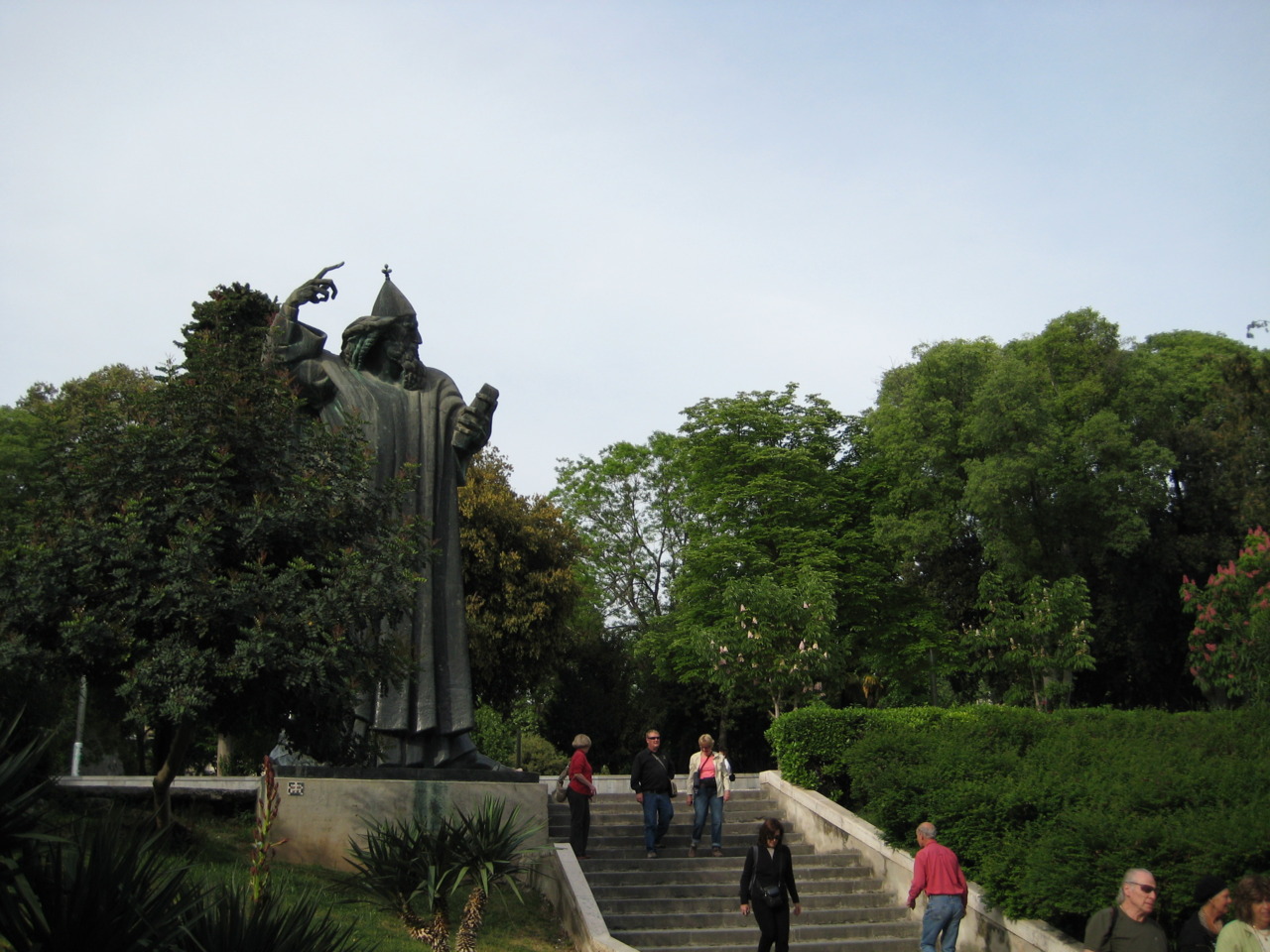 Grgur strikes a pose (nothing to it). 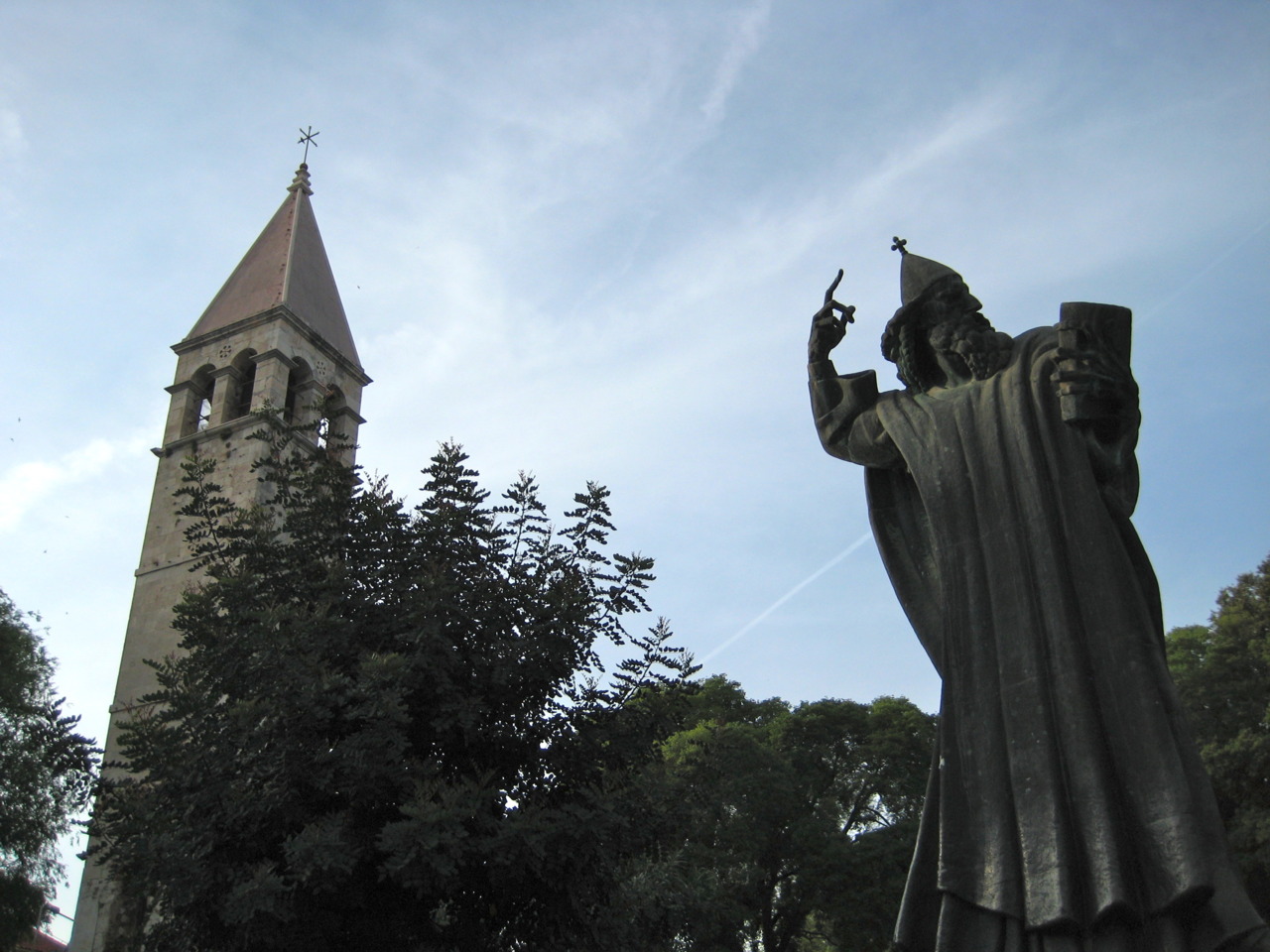