Google makes some great software, even on iOS, but unfortunately doesn't seem to be growing out of a phase that I had hoped was temporary; a refusal to honour the slide-from-left gesture which has become the standard 'back' gesture in iOS.

Slide-to-go-back is a lifesaver with any sort of bigger phone,[1] and I rely on it constantly. Yet, in Google Chrome for iOS, if I try to go back... I go to a different tab instead.

What's particularly annoying about that is that elsewhere in the app, the metaphor is that the tabs are all on top of each other... 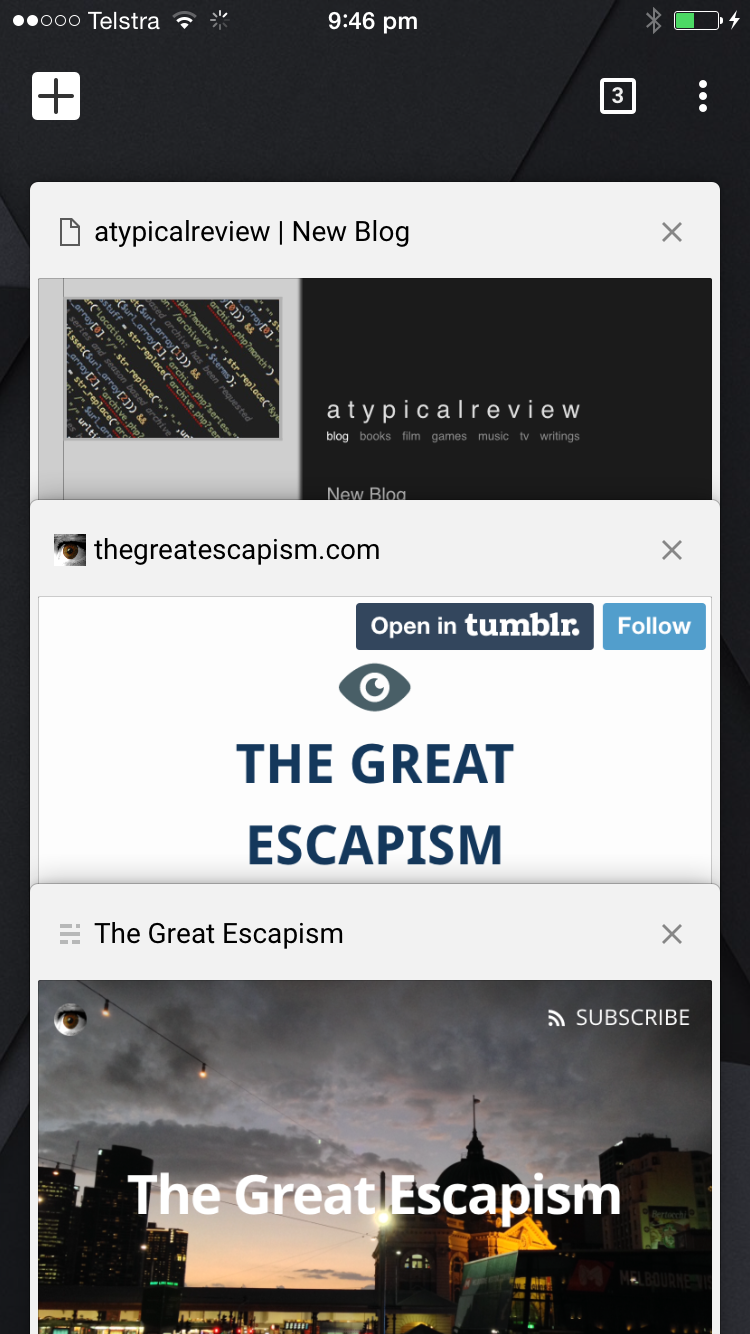 ... so Google's broken the system standard in order to implement a gesture that doesn't even fit their software's mental model. This isn't surprising; they've got form in this regard. Gmail's app collects your email in a vertical list, then expects that you'll want to scroll left and right to move between them. And even the Gmail web app stacks your email vertically but uses left/right arrows to move between them.

Sort out your directions, Google. I'm not diluting my swipe-to-back learned behaviour just to use your annoying browser.

That said, if Safari or Chrome came up with an efficient gesture for getting into see-all-tabs view, that would be a big deal. iPad Safari uses a pinch these days, but that's not so great (well, impossible) one-handed.