After speaking to Siri, you can edit the recognized text before Siri processes it if you’re quick enough, or even after.

When the text appears, tap it and you get the familiar iOS keyboard and the text becomes editable. You will even get the blue underlines for text that the dictation wasn’t sure about, which you can tap for alternate versions just like using dictation elsewhere in iOS. Make your edits and then tap Return to resume interaction with Siri using the newly edited text instead of the original.

You can even scroll back up, tap to edit, tap Done, and Siri will re-process.

Huh. Now if only there was a way to do this without having to say anything at all. 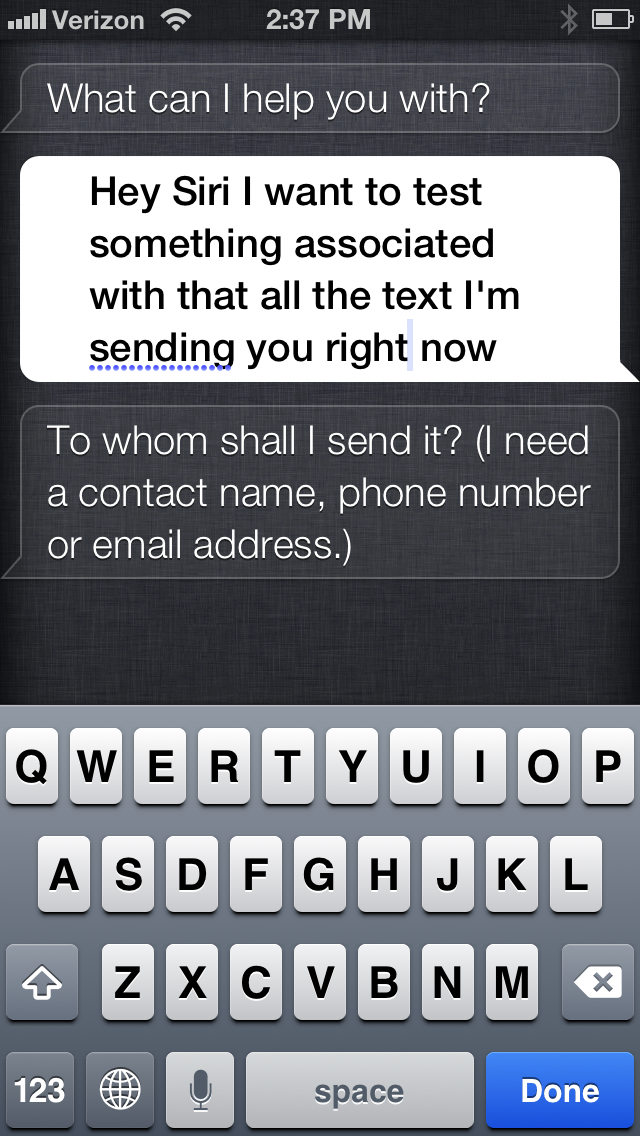 It’s the fiftieth anniversary year of Doctor Who, and podcasts are springing up like… um… things that… I’ll get back to you. I’m having a bad day for similies. Anyhow, podcasts are tricky things. I

…it has now been revealed that communion wafers used in many leading Catholic cathedrals have been found to contain not only the body of Christ, but also the bodies of some of his apostles. Andy Zaltzman, The Bugle 224–Papal Proton Packs