After indulging in some rather potent Austrian beer the day before, I was in a somewhat hungover state as we finally arrived at Dubrovnik airport. The plane had been full of elderly Americans, but for the whole flight I remained blissfully unaware of the possibility that they were all on our tour. It wasn’t until my companion suggested it to me as we took the first seats on the minibus that our potential predicament became obvious to me.

She was right. A procession of retirees joined us on the bus, including a trio that we came to refer to as the Golden Girls (though truth be told, one of them was much more reminiscent of Fran Drescher’s mum in The Nanny). In honesty, and because I’m unlikely to mention them again, the age lack-of-mix wasn’t really a problem at all. They were enthusiastic and interested in history, in general. They were, however, veterans of many tours, and as such would complain every time the tour was handled slightly not-so-well.

We stayed at a brand new and tremendously shiny hotel on the coast of Dalmatia. Less modern was the amazing old part of Dubrovnik, a walled city on the coast which was utterly awe-inspiring, even when the rain was pelting down like an absolute bastard. To add to the mood, the streets were packed full of irritating tourists from a cruise ship. I can scoff, because I’m reasonably sure that cruise-ship-tourists are slightly further down the food chain than tour-group-tourists. Slightly. Pleasantly, they left after lunchtime, making the city a fair bit more relaxing.

The old part of Dubrovnik felt like something from Assassin’s Creed, probably because the architecture is heavily inspired by the Venetians, as is much of the coast of Dalmatia. I had hoped to get an Ezio-inspired picture of myself clambering up the side of a building, but sadly the dreadful weather and my resultant wearing of what resembled nothing more than a man-sized condom made this plan both unsafe and uncool.

The history of Dubrovnik was fascinating. In the middle ages, it managed to keep itself relatively independent from the Venetians, Austria-Hungary and the Turks, as the Republic of Ragusa. Only that nasty pasty Napoleon finally spoiled everything in 1808. Everywhere we go, that bastard’s been ahead of us, ruining things. There’s two disasters you can’t ignore in Dubrovnik. One is the earthquake of 1667 that killed around 5,000 people, the damage of which is still visible in places today. The other is the siege of Dubrovnik by the Yugoslav People’s Army, for seven months from 1 October 1991. 114 died during these attacks, and some significant damage was sustained by the town, too.

There’s a poster near the entrance to the city outlining the damage from the shelling. Looking up at the hill that the army occupied gives you chills when you think about it. I wondered why I found it so disturbing, but on reflection, 20 years is certainly the closest I’ve ever been to war. Unless there was a Battle of Banff some time after 1988 that no one told me about. 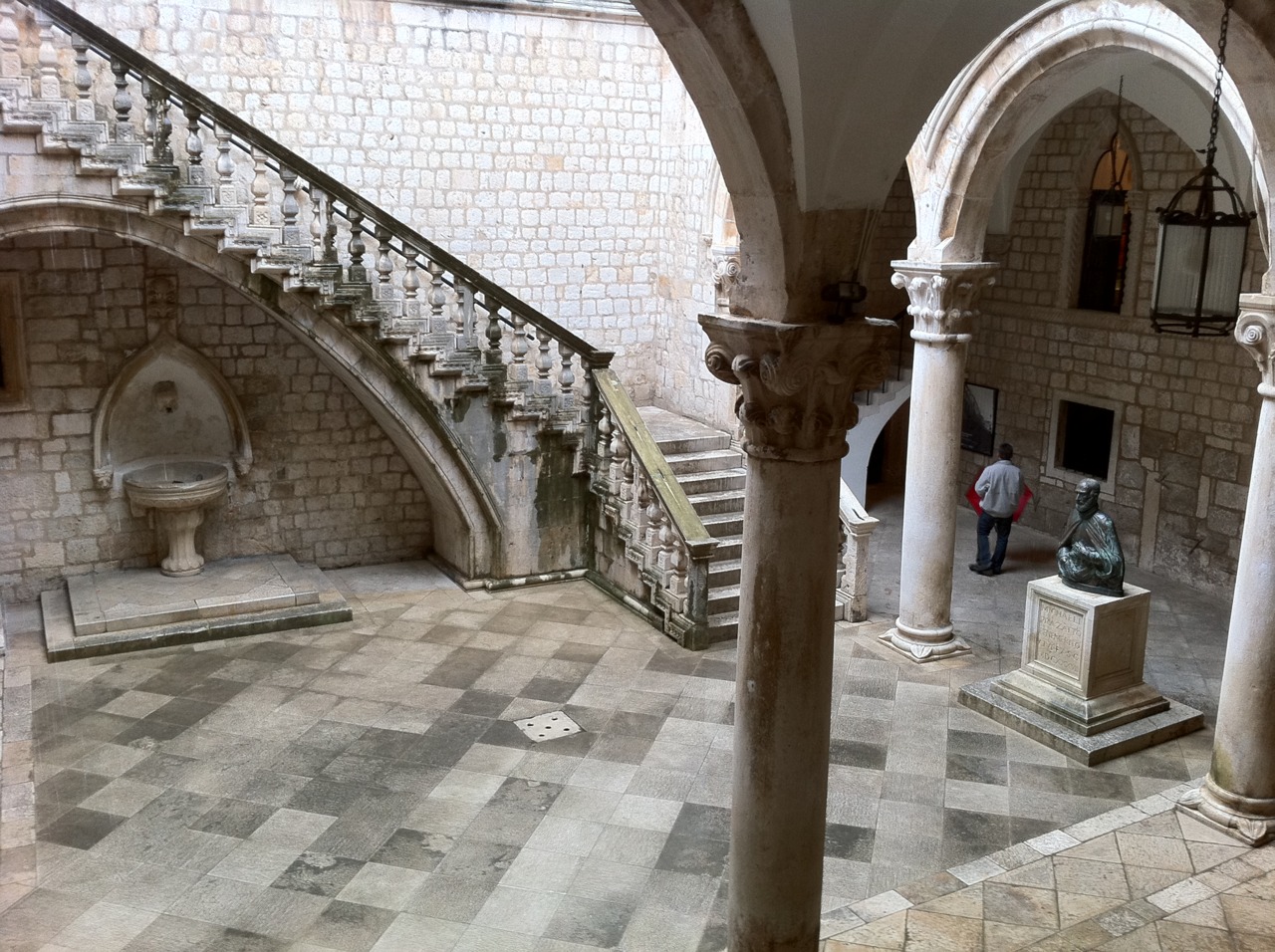